After the rather technical post about the true beauty Exakta Varex II, I thought it is about time to come up with something easier to digest.  I looked into my photo-stream on Flickr and found these shoots I took back in 2009. I had such a great fun by doing these I decided to share them again here.

I was in Girona (Spain) and I did many night shoots by the time so I waited for getting dark and I climbed up to a small hill nearby the town. I was pretty much amazed by the colors of the sky painted by the lights of the city.  The sky must have been covered by clouds and most of the light was reflected back to earth. This combination resulted this deep orange glow which I liked so much and gave me the sensation of walking on another planet.

In the meantime there was a big celebration in the city because as it turned out the Football Club of Barcelona won an important match that night. Therefore at some point strange sounds, sirens of alarming cars, voices of yelling people and violent explosions of fireworks broke the inner peace of my faithful photographic ritual. I am not a huge football fun so I had no idea what was going on. I thought that these people must had gone crazy down there which increased of my strange experience a lot.

Next day I thought the whole story over and I realized that I was not a tiny bit less crazy than the football fanatics. I was out alone at night on an abandoned construction site relatively far from the city  in a foreign country armed with a crap tripod and a compact camera. It sounds not so safe despite the fact that I was not really attractive and the place is generally very calm and peaceful. Well, who is crazy is always just the matter of the point of view, right? 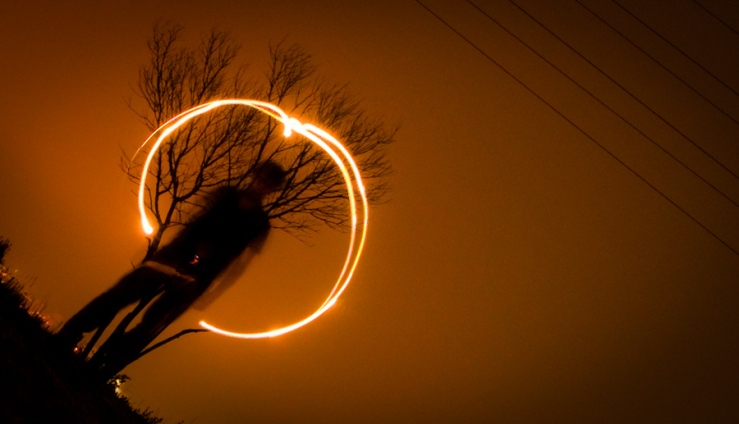 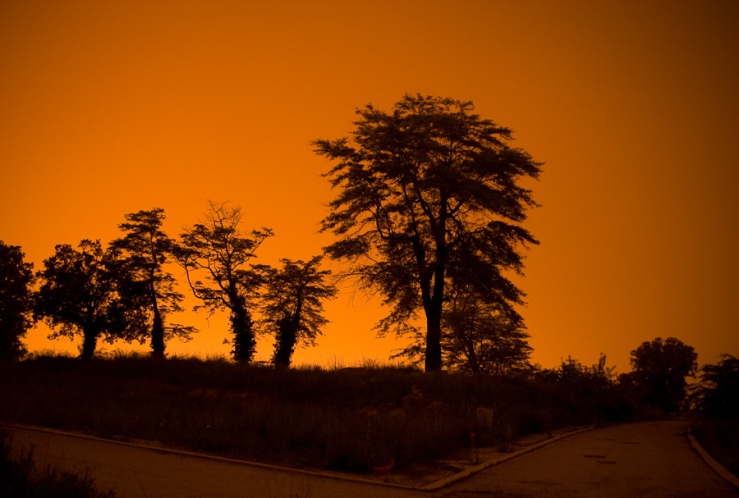 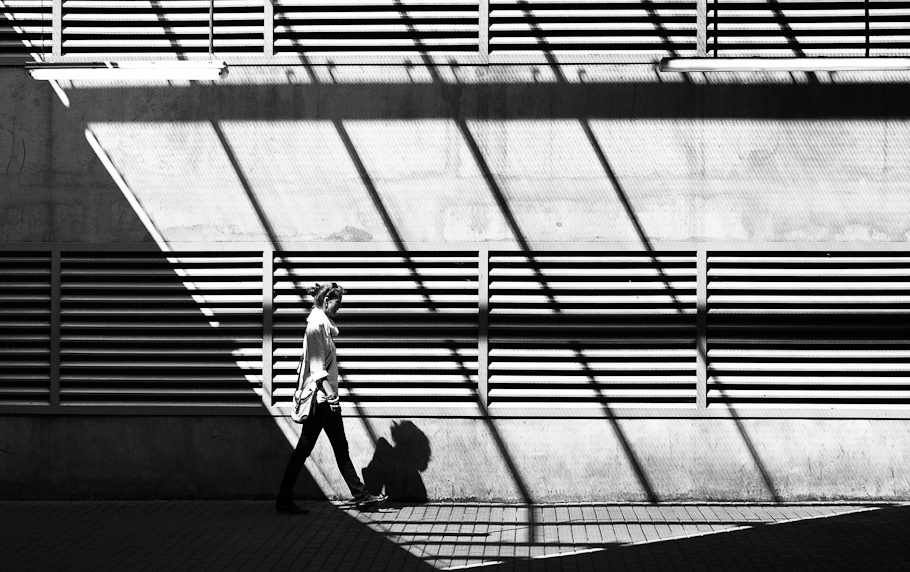 Just walk into the frame!

This is what I often say when I spot a nice scene but would love to have a person in the picture. Usually, this gives the extra push to a photo to be an interesting one, as a nice background alone often simply doesn’t hit the edge.

Although these shoots were set up, I do like them a lot and eventually, this is what matters… 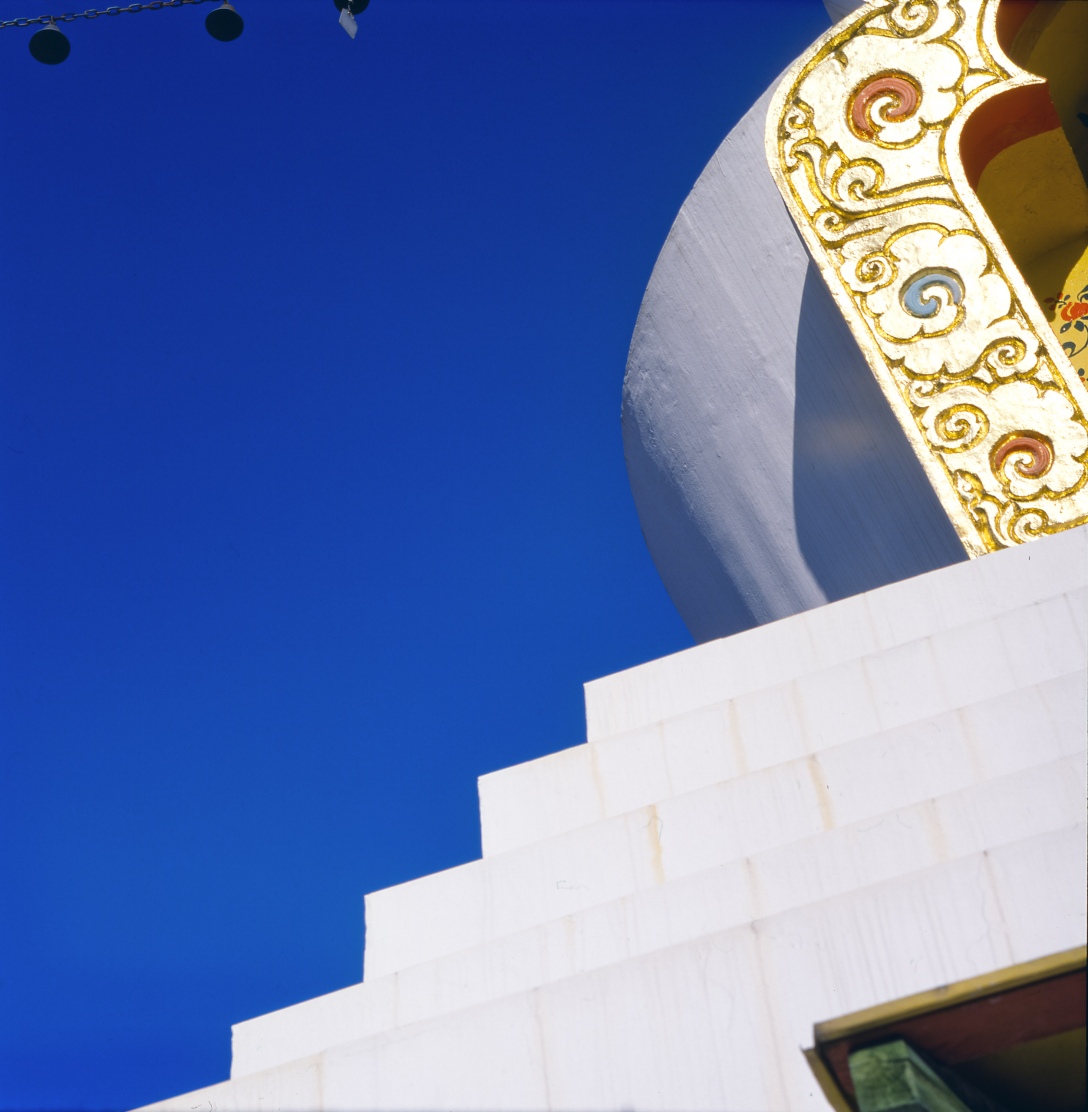 These photos were taken last year around January. The place is close to the village Tar, Hungary. This stupa is called “Béke” (peace) stupa and built in-memorial of Kőrösi Csoma Sándor, also known as Alexander Csoma de Kőrös.

According to Wikipedia he was a Hungarian philologist and orientalist, author of the first Tibetan-English dictionary and grammar book. He was born in Kőrös, Grand Principality of Transylvania (today Chiuruş, Romania).

Anyway, I am probably not the right person to describe this sight historically neither theologically, but it was a wonderful experience and we could really smell a special religious atmosphere.
There were a Fantastic sunshine and clear deep blue sky although the air was a bit chilly plus, of course, the stupa which indeed looks extraordinary. I hope the photos will explain better what do I mean.

If I made you interested in this stupa, have a look at this link.

I used my Pentacon Six TL and most likely the standard 80mm f/2.8 Biometar and some Kodak Ektachrome 100 slide film. This was my first and so far only trial on this film. I would love to get some more of it though. I have used my Ricoh GR Digital digital compact as light-meter. 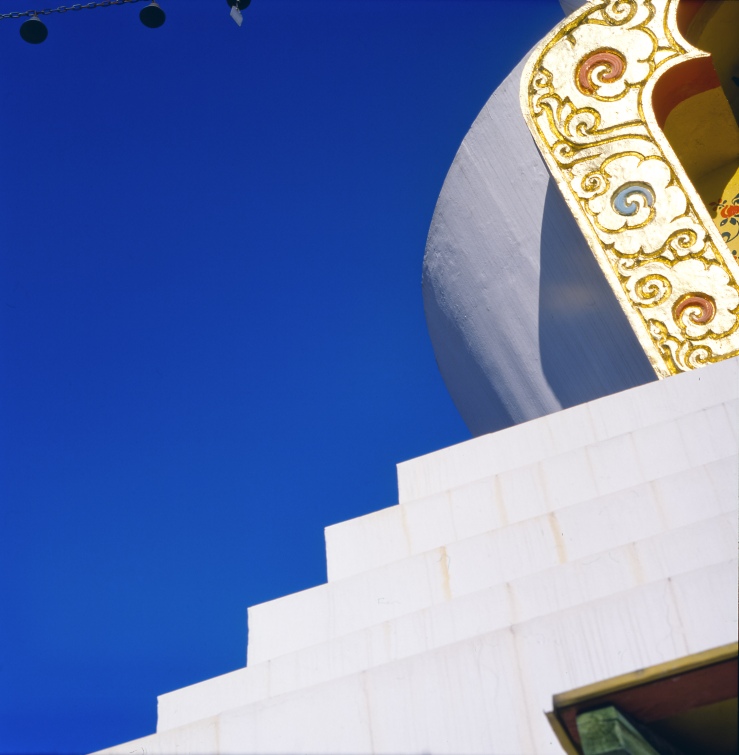 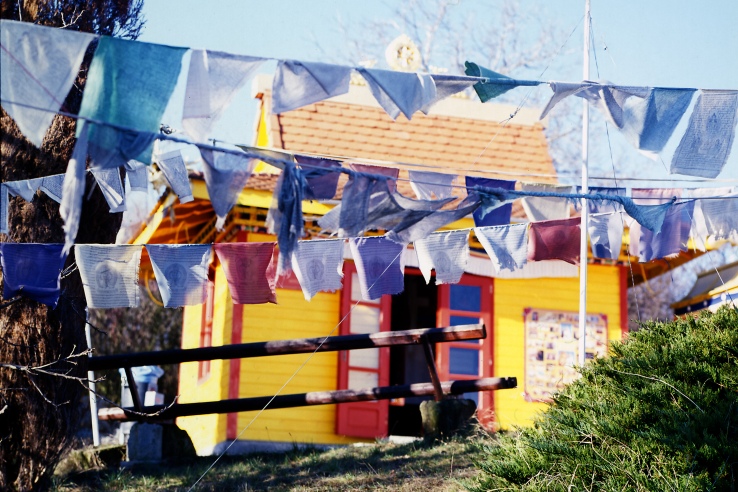 These are the digital shoots from the same location in the previous post. Although this post was not intended as a camera review I can not avoid to write a few lines about the camera I used.
This was my Ricoh GR Digital compact camera which is a good old friend of mine.  I carry it since (I think) 2007 and I still use frequently. It has a fix F2.4/f =5.9mm wide angle (28mm equivalent) lens which is great for street, travel and building photography. I love it because of it’s build quality, pocket size, excellent lens, raw output, manual controls and high level customization options. Also it looks quite retro which suits me a lot. Because of the manual controls and possibility of different light metering methods (evaluation, center weighted and spot) I often use it as light meter when shooting film. It also provides a very decent macro performance. The only disadvantage is the tiny sensor but well this is a compact. On the other hand the files don’t show signs of noise reduction what I very much appreciate. because I prefer to filter out noise by myself if I wish so while the original files are retaining way more detail than usual compacts.

That’s all about this camera for now.  I may write a separate post dedicated to the GR Digital one day.  I hope you like the pictures.