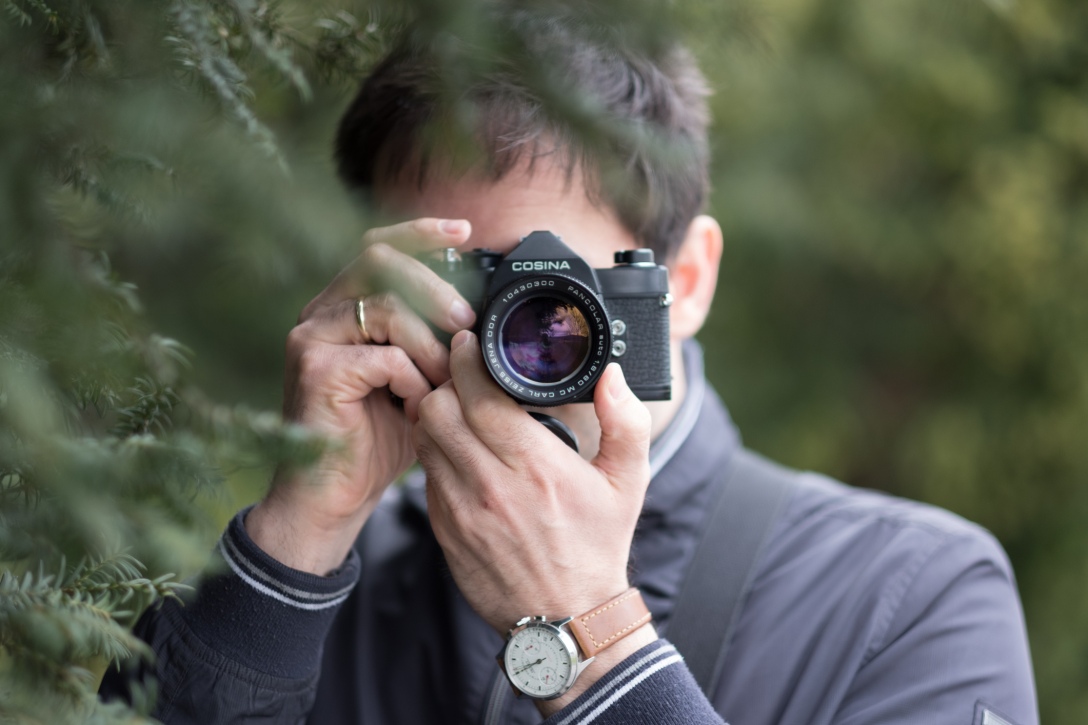 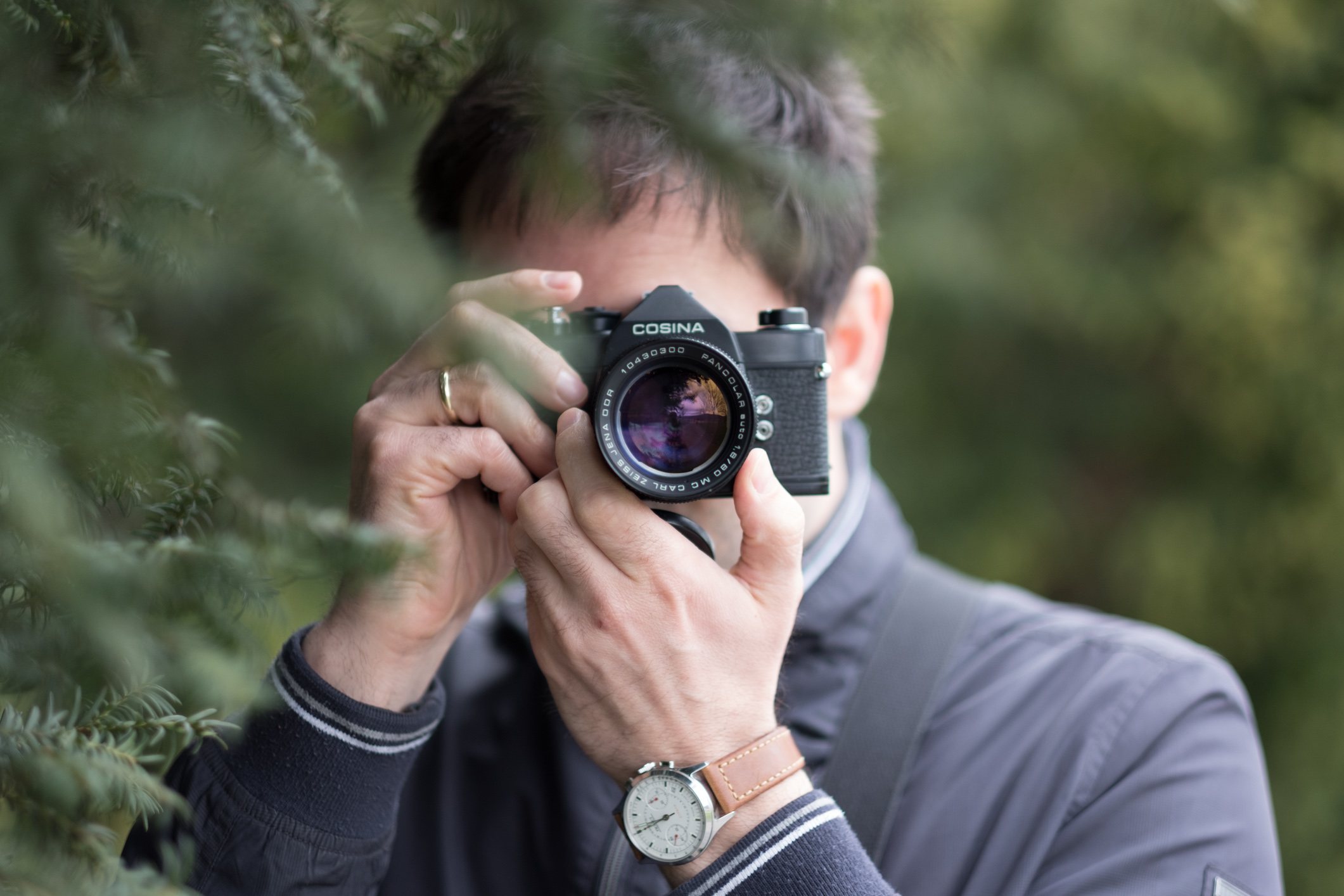 Which one do you prefer?

We were on a family visit at my father a few weeks back from now. As usual we had a great food and many things to talk about. Also as usual I have spotted something in his garden. A stack of beautify worn wooden boxes many of which had navy green painting and interesting signs on their sides. I was staring them for a brief moment with my suspicious look (I practice a lot in the mirror). I was immediately considering all possible combinations and alignments of them in relation to the direction of light and possible angles of framing. I must have had a look on my face of a hardcore Stanley Kubrick when he discovers a perfect massive monolith in his fathers’s backyard after a long night watching Space Odyssey. I asked if I could use them as background for a few shoots and also about their origin and current use.

As it turned out these were military ammunition boxes originally, but now they are used to store and transport machine parts new and used alike. This meant that there were plenty of scratches, oil marks and shiny metal particles all over them which made them even more exciting to me. At this time they were all empty so I could use them how I wanted. I always have a camera with me and because my Leica was in service I was revisiting old friends from the shelf. That day my bag hosted my lovely Yashica TL Super paired with the mighty 80mm Pancolar. This lens is a sole reason why I still have an M42 mount camera and this Yashica is a great match indeed.

Anyways, I took a few shoots about the Yashica and a series about my father’s Mometta II and I thought they are worthwhile to feature them on the blog. If you would like to read my Yashica TL Super review, you can find it here. These shoots were all taken hand held with my wife’s Sony NEX 6 and I had no softbox or any reflectors with me. Luckily the weather was overcast and overall I am happy with the results. I am curious thought what will I find during the next family visit and if I should better prepare myself with a complete studio setup :-).

Since then I finished the film in the Yashica as well as from the Zenit3M I used recently. The Leica is also back now and I am looking forward to try it. In any case when the film comes back from the lab and I find some time to scan and edit, I will show the results from this kit as well.

The Pancolar 80mm f/1.8 is a late development of Carl Zeiss Jena which was at that time the East German part of the original company torn into pieces by the WW II. Therefore this lens was accessible in the eastern block mainly and even though now it can be found all around Europe, this is a very rare lens in other continents.

The lens has a high reputation as a sharp, fast portrait lens and it is quite expensive among other lenses of the same era. It has an M42 mount and was produced in both automatic and electronic forms. It was later remounted as the B-mount Carl Zeiss Jena Prakticar 1.8/80. (source Praktica-users.com)

This lens is a typical example of the legendary classic double Gauss lens formula also known as Planar.

The Double Gauss was likely the most intensively studied lens formula of the twentieth century, producing dozens of major variants, scores of minor variants, hundreds of marketed lenses and tens of millions of unit sales. It had almost no flaws, except for a bit of oblique spherical aberration, which could lower peripheral contrast. Double Gauss/Planar tweaks were the standard wide aperture, normal and near normal prime lens for sixty years.

I have got mine from the girlfriend of my father with the original case. She never used it, it was basically on the shelf without a camera since ages.

Probably she didn’t know what was the value of this lens, so I didn’t know neither. As it turned out it is an expensive lens among the usually very cheap M42 mount lenses. The market price is very similar to a new Canon EF 85mm f/1.8 USM, which is why I am often thinking about selling it. So far, I decided to keep it, because of the nice performance, character and because I can use it on many crazy cameras of mine.

The front cap was missing and the aperture blades were stuck, otherwise, as you can see in the photos below, the lens was in a really good shape. The glass was clean, no dust, no scratches, no fungus and it was obviously not used too much. I have substituted the missing front cap with a Canon cap of the standard 18-55mm kit lens. I tried to use other Ø 58mm caps, but this was the only one which was not tending to touch the front lens element.

The way it looks

This is one of my favorite lenses. The images are always very sharp and have a good contrast with it. I can say that there are very little signs of any aberrations or distortions over the frame. I have not tested the lens scientifically yet so I cannot compare the performance in numbers with other lenses.  But real word experience is quite pleasant for me.

At wide open, sharpness and contrast are a bit lower than stopped down by one-two stops, but still quite nice and I think this is very common with almost all fast prime lenses. Besides a slightly softer result can be beneficial for some portraits where little details of the skin can be smother and this way the model could look more perfect. The 80mm Pancolar is really not much softer wide open though. Colors are also rich and lovely and somehow different from my other lenses when using on the same digital body.

I like this short telephoto lens because this focal distance allows me to take nice shoulder portraits while I am still close enough to the model to interact with.

Also, this lens has the ability to blur the background (like hell) very much because of the large maximum aperture. In fact, the depth of field can be so shallow that sometimes you get only a few centimeters of it and it has a risk that you miss the focus. A good example when only one eye of the model is in focus.

Speaking about bokeh (quality of out of focus elements), this lens produces a lot and the quality is superb, creamy. I know it is subjective to judge this property, so please have a look at the sample shots and decide yourself. The only caveat with it is the fact that the lens has only 6 aperture-blades. It could produce a not circular (multigonal) spots of highlights in the blurred background. It is a subjective thing again to like it or not, personally I prefer the perfect circles. This is not a problem when shooting wide open as the aperture is round at that case.

The Pancolar is a very well made lens which has a full metal + real glass construction.  It looks absolutely beautiful, feels solid and has a good weight to it. The aperture ring clicks at every half stops and operates very smoothly and precisely. The focus could be the same if I had got the right grease into it. -I will get it fixed soon. – The lens barbell extends a few milometers while focusing, but not seriously and the front element does not rotate -> there is no problem with polarizing filters to use.

There is a switch on the lens to set automatic or manual mode. When set to automatic the aperture stops down only when you press the shutter button and then it returns to full size when mounted on a compatible camera. In the case of manual mode, you must pre-set the aperture manually. This could be a nice feature too for videographers.

I have found a short summary on a nice website (Prime35.com) which is a perfect quote to close this post.

I’d say this is the best choice for versatile and sharp M42 80mm lens. It’s contrasty, it has the best wide-opened performance of all f/1.5-f/2 M42 portrait lenses. Center is close to Biotar, but borders are much sharper. Great colours (MC) + great bokeh. It also isn’t as risky as the early post-war lenses, because its coating is much harder, so cleaning marks are not an issue. For me it’s the best post-war Jena lens. (source: Prime35.com)

On my cropped frame Canon body this lens is equivalent to a 128mm lens on a 35mm body due to the 1.6x cropping factor.