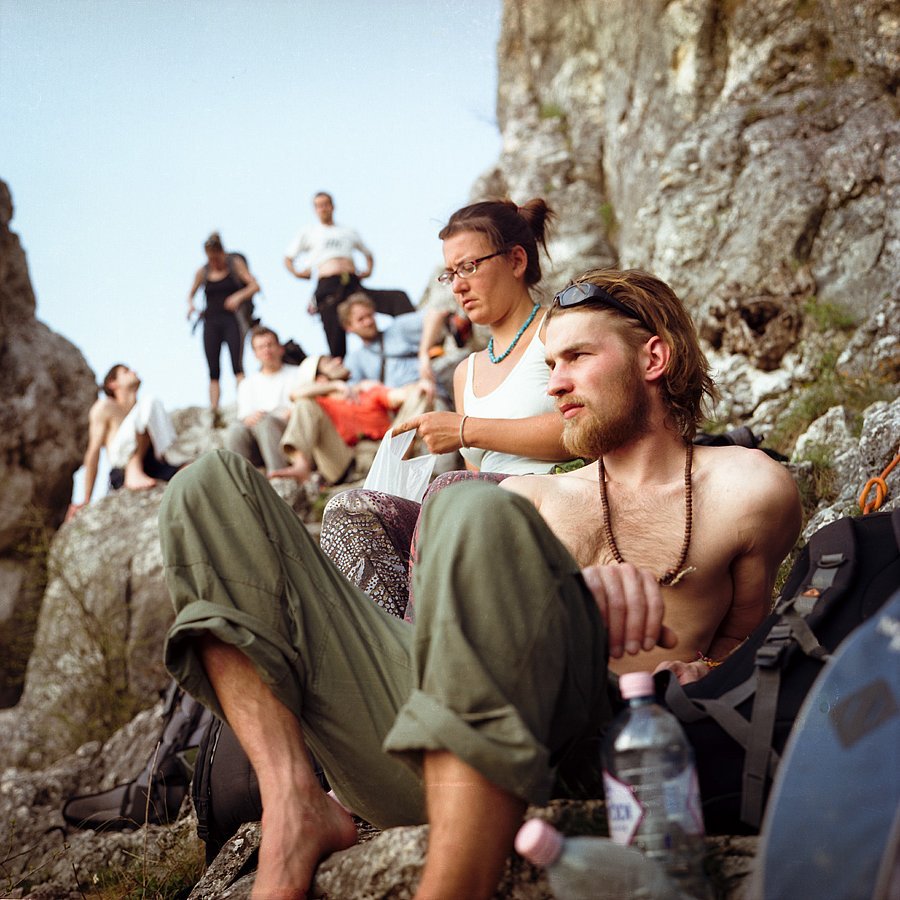 My last post about portraits (Portraits round 1) featured black and white photographs. Black and white often help simplify things by skipping the colors and thus resulting in a cleaner image focused more on geometry, composition, and effects of light and shadows. Many times this monochromatic approach emphasizes important properties which would have been otherwise overwhelmed by the chaotic world of colors and can be greatly beneficial. While I love the more abstract nature of the B&W images, I also admire the emotional power of the colors. Sometimes a photo just works better in color.

I am quite fed up with the long, cold and dark winter here so now I am starting to see and use some colors.  Besides this post is a post about portraiture it is a small celebration of colors hoping that spring will come soon.

Unfortunately, I had less time to take pictures recently, therefore this selection is composed of my old works exclusively. The photos are taken in many different locations and seasons using various films and lenses but with the same old Pentacon Six of mine.

If you want to take portraits in color, negative film is probably the best choice. It is usually less prone to exposure issues than positive (dia) film so it can accept slight over or underexposure without serious problems on the final image. Also, these films are not as contrasty and vivid as most positive films (except Kodak Ektar which I have never tried so far) so the images are smoother and it is often a good point in the case of general portraits.

It is also very easy to make black and white images out of a color version so you have the flexibility to change your mind during post-processing.

Positive films are generally recommended for natural product and architectural shoots. At least this is what I have heard a lot. But of course many uses dia film for portraits as well. For example, the famous photographer Steve McCurry used to shoot on positive film and took fabulous portraits like the Afghan Girl.

I personally like to use these films for portraits because of the character and the fact that they have the finest grain ever. But this is true that lights and shadows have more contrast, the exposure must be bloody accurate and overall you have to be very precise to achieve a good result. In addition, it is not too easy to find a lab where you can get it developed especially if you shoot medium format or bigger.

At the bottom line, I think it is still worth to shoot positive films regardless of the subject because the view of the developed dia film makes you happy as a kid at Christmas for sure. You get the final (not inverted) image. Because it gets visible by the light passing through the film rather than reflecting it. That is why dia has a huge dynamic range which makes the experience (in my opinion) kind of better than reality.

7 thoughts on “Portraits round 2”