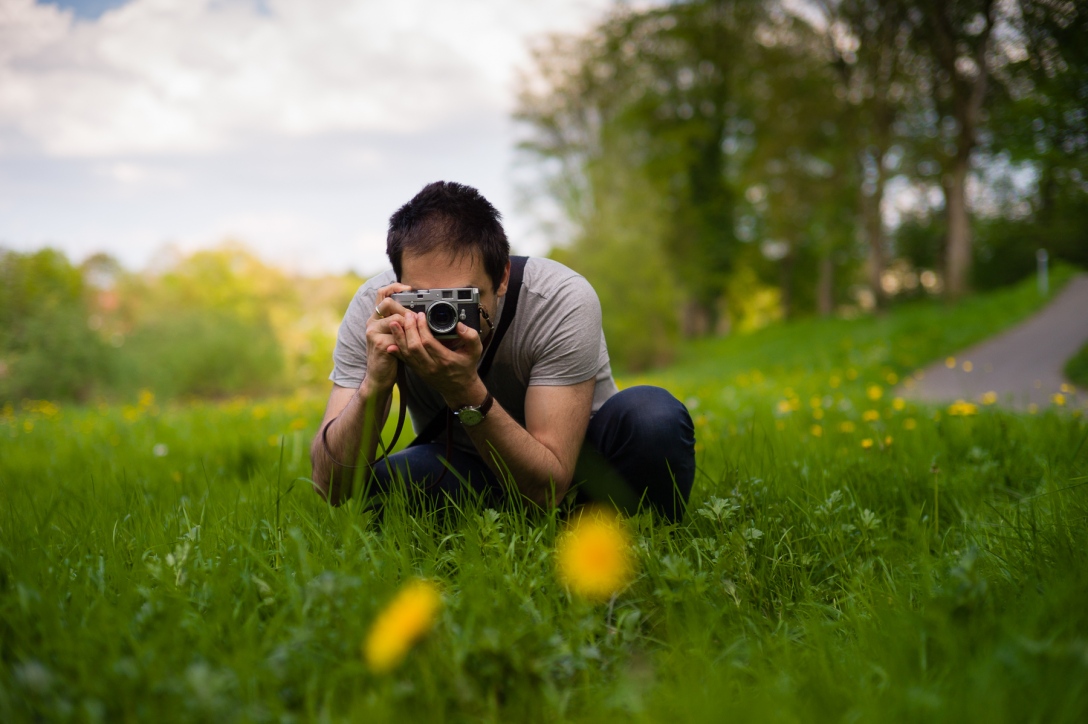 Two friends with the same passion for photography, both using rangefinder cameras almost indistinguishable from the distance. The cameras are matched with fast 50mm lenses from the same brand and color.

Sounds like these photographers or at least their choice of gear is quite the same. While this statement is true to some degree, there are significant differences. In fact, there are more differences than the obvious technological dissimilarity between the capturing media used by the cameras (Ilford Delta 100 film in the Leica M2, Kodak CCD sensor in the M9).

Ramón uses a digital Leica M9 P which of course captures color information and renders in a very unique way. Many including himself claim that under ideal circumstances the CCD sensor in this camera creates much more pleasing results than other sensors used in other digital cameras with the same sensor size. This is a topic can be argued for a long time, but at the end of the day, it is his subjective view and his decision to use a rangefinder with this sensor.

At the same time, I was using a classic Leica M2 with a black and white film. Even though the output of the digital camera is also appealing, the analog workflow is still favorable to me. It is partly because I enjoy the process of creating the image in this old-fashioned way, but also I can achieve the film look what I am looking for much more naturally.

My primary lens is a Zeiss Sonnar f/1.5 which I love for many reasons but mainly because of its bokeh. Ramón has a Planar f/2 from the same ZM series, although I believe this is not his standard lens. Both lenses are fast 50mm primes, yet they are quite different. The Planar is reliably excellent lens, which can be praised for its great sharpness and generally beautiful bokeh.

The Sonnar is a bit more hectic with the potential of surprises both in positive and negative ways. This lens can be bit soft wide open, but the bokeh is just phenomenal most of the time and from f/2 sharpness is already more than enough to me. The Sonnar has a bad reputation of focus shifting which is change of the focus plane when adjusting aperture. I personally don’t have any issues focusing with this lens. We switched lenses for the day, so we could experiment and see the differences. At the end of the day we enjoyed using these lenses, they both performed well on digital sensor and on film.

Also note that we use the cameras with different style. One of us covers only 1 eye with the viewfinder and keeps the other eye free open while the other covers his entire face with the camera and thus limited with single eye framing. Naturally this difference can be explained by the magnification used on the viewfinders, but it is also hugely a personal preference.

The great similarities and the differences between the cameras and lenses made me wonder can be photographers categorized at all by the type of gear they use? I guess the answer is controversially yes and no. Surely we use the same style of camera with the same focal length. This would put us into a technical category of normal lens rangefinder shooters. But even if we would use the exact same gear we would end up different results which we would have achieved in different ways. I think the most distinguishing feature in the photography of 2 individuals is not within their camera, but behind of it.